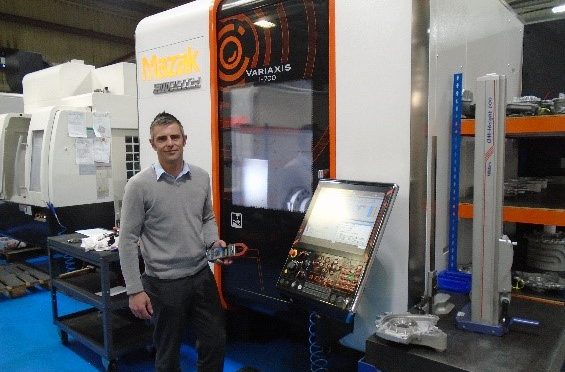 The Low Carbon SMEs team has been working with Birmingham-based Company, Advanced Engineering since May last year. The company has significantly reduced its relative carbon footprint, which was originally 240 tonnes, by 60 tonnes, which equates to a 25% reduction in the company’s overall carbon footprint.

What’s more, with the help of the university’s Low Carbon Project team and Advanced Engineering’s delivery partner, Pro Enviro Ltd, the company has managed to slash its electricity consumption by 87,650kWh, which equates to a £12,000 reduction in costs. But the electricity cost savings don’t stop there. When combined with the reduction in reactive power charges, maximum demand, excess demand penalty charges and excess penalty charges, Advanced Engineering’s total electricity cost saving stands at £14,957 (based on 2018 data against 2017 data).

John Kyffin-Hughes, Business Engagement Manager at Aston University, said: “Advanced Engineering is one of our star performers. The results they’ve achieved so far shows that by improving the way you manage energy has as much impact on reducing your energy costs and carbon footprint as implementing technical measures such as installing LED lighting.”

Andrew Stevens, Quality Manager at Advanced Engineering said “What we’ve discovered about our energy consumption since we’ve been part of the project and the energy cost reductions we’ve been able to make so far has been incredible. All in all, we’re changing a culture which is being embraced company-wide, rather than making a quick change. We’ve made considerable progress so far and are still actively working with Aston University to build upon what we’ve already achieved.”

You can find out more about which cookies we are using or switch them off in settings.

This website uses cookies so that we can provide you with the best user experience possible. Cookie information is stored in your browser and performs functions such as recognising you when you return to our website and helping our team to understand which sections of the website you find most interesting and useful.

Strictly Necessary Cookie should be enabled at all times so that we can save your preferences for cookie settings.

If you disable this cookie, we will not be able to save your preferences. This means that every time you visit this website you will need to enable or disable cookies again.